Fellow street artist Guy Denning best describes Royalti’s work: “RoyalTi’s street work is particular to himself in one very specific regard. Many of his stencils are cut from photographic images that he has taken himself. For a decade now, stencils on the street have become, in general, a quick and easy solution for those that do not want to put in serious effort to deliver what they are saying on urban walls. RoyalTi takes control of his medium and his message in a way that many others do not. If a political message is delivered it is generally portrayed with humour and irony; his large format photographic paste-ups are always a surprising contrast to the usual photographic advertising which they challenge and his stencil work always displays his consideration of the importance of the execution of the medium as well as the message.”

How did you get into art

I was born in Brest (France) in 1972.  I was always into art, especially photography. In 1994, I attended the “Ecole Nationale Supérieure Louis Lumière” in Paris (School of Cinema, Photography and Sound). The tragic loss of my wife in 2008 is what really started me into photography. It became a therapy of sorts, enabling me to let go of my emotions and deal with my grief. In 2012, I took part in the Crime of Minds project as a photographer. That’s when I discovered street art ; I then started creating my own stencil art. I am still very much into stencil creation and photography today.

Influences on your work

As far as influences are concerned, I’ve been inspired by many artists like Banksy,  Kurar, Blu, JR, Will Ferreira and Guy Denning for their style and techniques and also Dali, Basquiat, Picasso, Warhol and Diane Arbus for their political implications. I like to convey a political and social message through my art, that’s why in 2015 I made a photo series for COP21 to raise awareness about climate change and its issues. 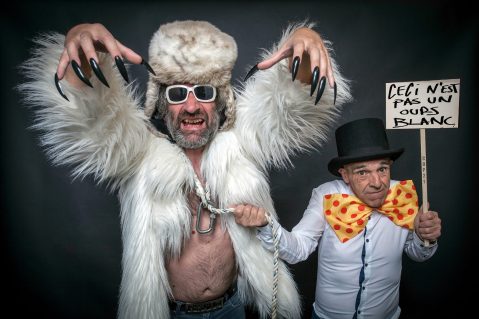 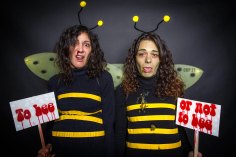 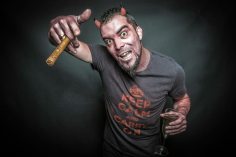 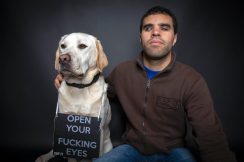 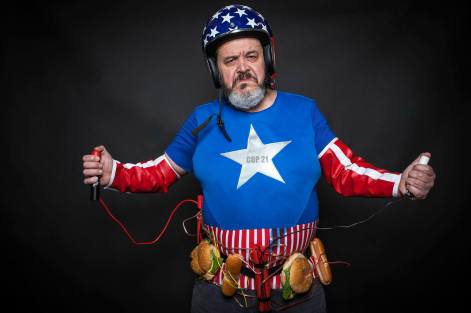 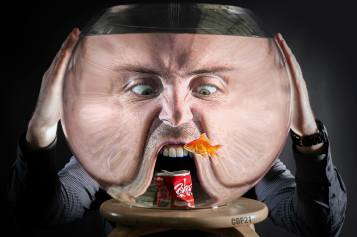 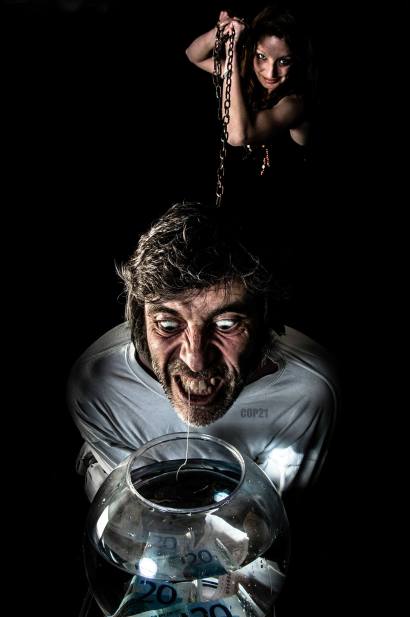 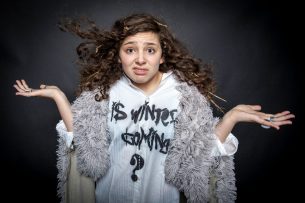 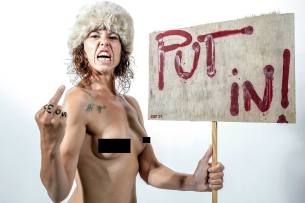 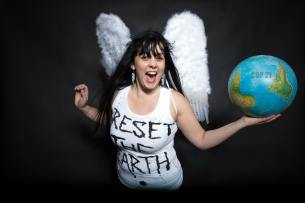 I’ve pasted up some of those photographs in a large size around town and on a big music venue called “La Carène”. 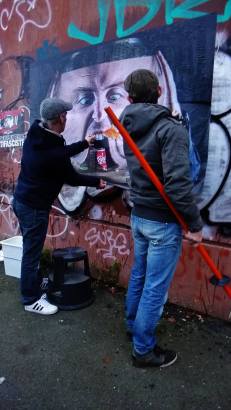 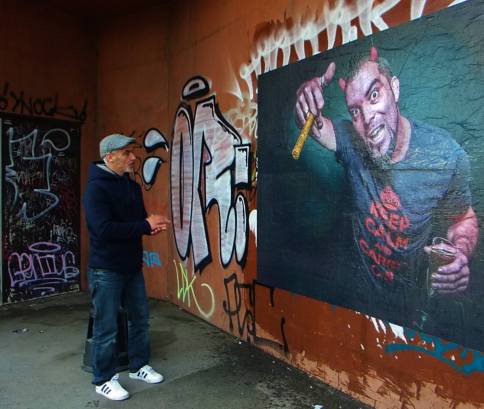 I also participated at Upfest that same year and did a stencil of Neneh Cherry.

Can you tell me what you will be working on at Upfest?

I will return to Upfest this year. I have two different ideas but my mind is not settled yet on which one I’ll do. One of them stems from my last visit to Bristol where I found out that teens are getting high off gas cartridge siphon, they were all over the ground in parks and in the streets and it shocked me. The stencil represents two teenage girls sitting in the street surrounded by cartridge siphon, one of them inhaling gas from a balloon, there’s also a bit of irony in the tag behind them on the wall that says ” Gert lush” (a very Bristolian expression). The other stencil is a bit more fun, it will involved pandas, that’s all I can say for now. 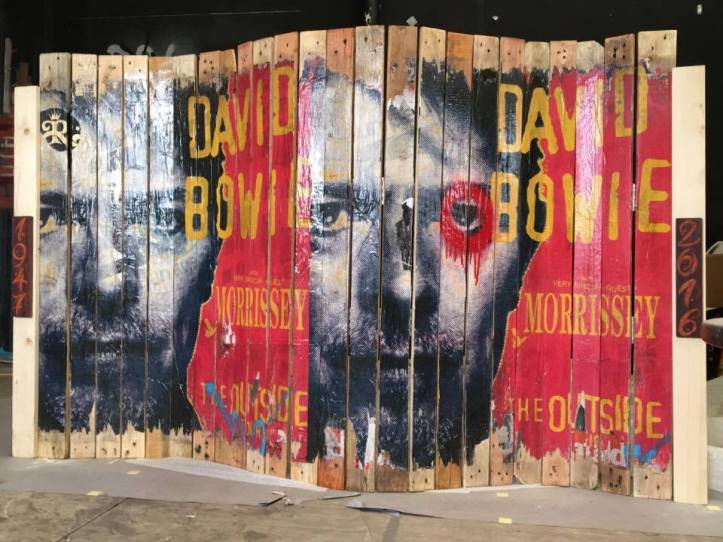 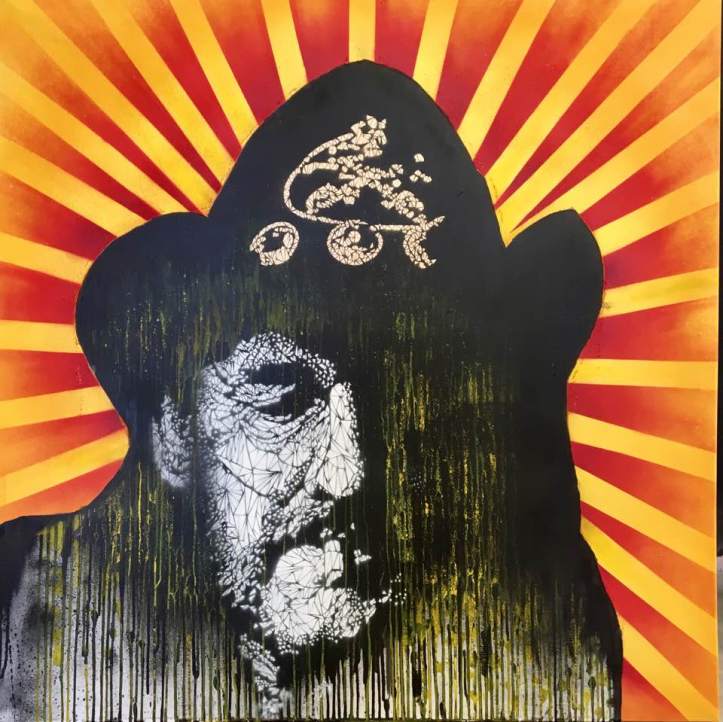 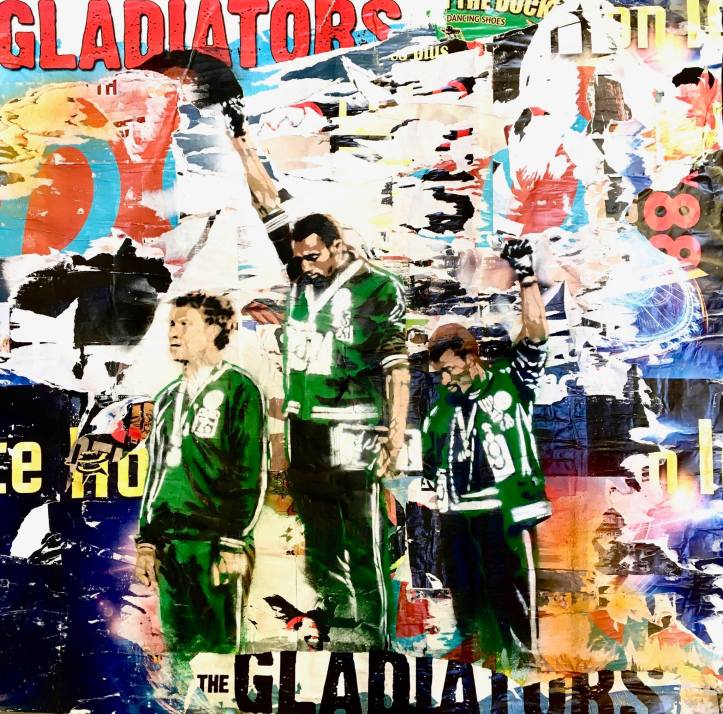 Where will you be and what are you looking forward to about Upfest?

This year at Upfest I’ll be painting at the Tobacco Factory. I’m looking forward to it because Upfest is one of the biggest (if not the biggest ) street art event in Europe, I’m glad I was selected as it can help my art to be discovered by a great number of people and also because I’m going there with good friends who will also be painting there.